I found yet another valuable nugget from the Agile Q&A webinar I recently had the pleasure of hosting with Danny Preston, Chief Methodologist at CollabNet VersionOne. In this blog, we captured Danny’s response to an interesting question regarding the role of Scrum Masters and Agile coaches.

Can you be an Agile coach for an organization while simultaneously acting as a Scrum Master for multiple teams?

This is a question I hear a lot of people ask as they’re beginning a transformation and thinking about staffing the role of Scrum Master or Agile coach. Every Scrum environment is different, so there is no clear-cut answer that applies to all situations. You ask yourself, “How many of these roles do I need to have? What do I do?” Generally, my answer begins with the role of a Scrum Master and how many teams they should be working with in the first place. If a Scrum Master is working with a brand-new team and they've never done scrum before, they're probably going to require a lot of handholding and shoulder-to-shoulder coaching. If that’s the case, I initially like to see one Scrum Master working with one team. After that team gets through three to six sprints, then that Scrum Master might be able to take on another team. Usually, I’ll see a Scrum Master spread anywhere from one to three well-functioning teams. The time allocation of a Scrum master also depends on the size of the team, one Scrum team can have thousands of people and another team can only have a handful of people.

There can also be someone who acts as an Agile coach at an enterprise level while simultaneously acting as a Scrum Master. While this can be done, we recommend that an Agile coach focus on driving the transformation vision of the organization and less involved on the team-level. Agile coaches must focus on what they do best, and guide Scrum Masters on how to do their job effectively.

The role of a Scrum Master takes up a lot of time to do it right. If they're coaching two teams, that's probably taking up all their time. Therefore, it would be hard to coach across two teams as well as change the entire enterprise. Usually, what I'll see from a staffing standpoint or even from a hiring standpoint is a Scrum Master is a specific role you hire for and an Agile coach is another. These roles ideally have different responsibilities and their success is measured against different outcomes.

This webinar provided insight into the many issues that organizations face while implementing Agile practices. Stay tuned as we continue to share Danny’s responses from the webinar. Meanwhile, you can listen to the full Q&A here.

If you have found your own ways to implement agile practices effectively in your organization, we’d love to hear from you! The more we all know, the better we can be! 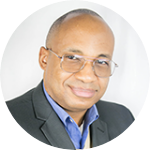 Eric Robertson is responsible for product management and marketing at CollabNet VersionOne. Prior to CollabNet, Eric served as Director of services and portfolio management for enterprise solutions at Unisys. Eric joined Cisco through a company acquisition, where he led product management for Cisco's cloud automation and SAP ALM extension offerings. Eric has successfully held product development, services and management roles with enterprises and start-ups and has provided consulting services to Fortune 500 companies. Eric holds a patent in the area of virtualization and a Master's Degree in Electrical and Software Engineering from University of Texas in Austin and continues to further his research in domain- specific languages, and intelligent automation.

As DevOps toolchains continue to grow in complexity, there is a greater need for unified visibility, orches...

What tools are YOUR favorite DevOps tools? Voting closes on April 20, 2020 for the coveted spots in the Xeb...