It feels great to hit the ground running in the new year. We have a lot to accomplish in 2017 as we charge ahead on our mission to help organizations develop quality applications at speed safely. CollabNet is well positioned to impact the marketplace like never before.

CollabNet recently announced our 2016 earnings success, along with other significant achievements during the year. Here are the highlights:

It’s no wonder 2016 was our best year yet. I am incredibly proud of this team, and every person’s hard work is represented in each of these accomplishments! You can read more about these milestones for CollabNet by checking out the full news announcement here. 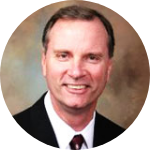 Flint has extensive experience leading innovative software companies and has an exceptional track record of accelerating growth through product innovation and sales execution. Most recently, he served as president and CEO of AccelOps, a provider of a leading IT operations analytics platform for cloud and virtualized infrastructures. Prior to that, he served as president and CEO of Tidal Software, a leading application automation software solution provider, which later was acquired by Cisco. After the Cisco acquisition, Mr. Brenton served in various follow-on capacities, including Vice President of Advanced Services and as Senior Vice President of Engineering for Cisco’s cloud-based Infrastructure as a Service (IaaS) and Platform as a Service (PaaS) software offerings. At both AccelOps and Tidal Software, Mr. Brenton more than tripled sales under his tenure while focusing both companies on disruptive product introductions.

CollabNet, #YesWeCode, and Making a Difference in Tech

Has the digital transformation changed expectations for software development at your organization? Your end...