Home » Blogs » State of Agile: Still Scrumming After All These Years
× Share this Article

State of Agile: Still Scrumming After All These Years

As excitement around lean software development and Kanban exploded around 2010, there was no shortage of people proclaiming that we had arrived in a post-Scrum world.  Some even went so far as to predict that Scrum would soon go the way of the 8-track.

But as I look at VersionOne’s State of Agile reports over the past 10 years, it’s clear that there were a lot of false prophets.  Since we published the first State of Agile report back in 2006 with 722 respondents, Scrum has remained on top of the heap as the most-used agile “methodology”.

When you consider that the “Hybrid/Custom” approaches probably had a significant amount of Scrum baked into them, Scrum users made up somewhere around 50% of the survey respondents.

Scrum’s impact in the latest survey really shakes out like this:

Making some assumptions about the “Custom Hybrids”, Scrum probably comes in somewhere north of 80%.

Flipping ahead a few pages in the survey results, we see that the leading scaling approach is “Scrum/Scrum of Scrums”, with SAFe® coming in a distant second.  One thing these approaches have in common is that Scrum is the team-level engine.  (Yes, SAFe does include Kanban at the team level now, but it is couched within an iterative framework.)

So why is Scrum still so pervasive?

In my opinion, Scrum’s appeal has always been its simplicity: few roles, few rules, and a focus on getting to Done.  That minimalism remains as refreshing two years into an agile transformation as it is on day one.

I believe that most people understand now that, even within a single organization, Scrum’s a better fit in some situations, Kanban is better in others, and some hybrid approach is better in others.  There was never any basis for the methodology wars or the predictions of the ascent of one and the demise of others.

You’ll be hard-pressed to find a pure Scrum shop these days.  By “pure” I mean where they’re working to the Scrum framework, while banning the use of any XP engineering practices and forbidding the use of things like WIP limits.

The State of Agile Report asks what methodology is followed “most closely”.  I’d bet that if we took away the option to select Scrum by itself, the percentage of Scrum-infused methodologies would still total up to about the same as they do now.

As with everything else, the market will decide if there’s ever a clear methodology winner.  One thing that’s certain, though, is that the reports of Scrum’s impending death have been greatly exaggerated.

Find out more by downloading the 10th annual State of Agile Report and reviewing archives of past reports.

State of Agile is a trademark of VersionOne Inc.

The post State of Agile: Still Scrumming After All These Years appeared first on VersionOne Blog. 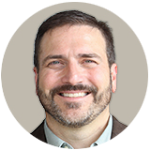 Lee Cunningham is the senior director, enterprise agile strategy at CollabNet VersionOne. He is focused on advising the executive sponsors and senior leaders of large enterprises, providing insight and practical guidance to meet the challenges of large-scale agile. He works with organizations around the world, and his experience, pragmatic approach, and customer focus keep him in demand as a trusted advisor.

Success and Insights from Interop 2016

We were just in Las Vegas for Interop 2016. This conference blends both IT operations and software applicat...

I’m happy to report that the second quarter of 2016 is in full swing. We put out our quarterly announcement...