Author Carol Dweck has completely changed the way I approach the world.

I’m a smart guy. I’m no genius but I’m pretty smart. Through most of my life, I’ve been able to get by just by being smart. For the most part it has turned out to be a pretty good strategy. I complete tasks in less time by thinking about them longer, I demonstrate industry knowledge (thus impressing my bosses) because I can hold a lot in my big fat brain. The problem is, I allowed the world around me to turn my smarts into my identity. It became my brand, and I felt a constant subconscious urge to protect that brand. As a result, I would avoid any attempt at a challenge to my intelligence. Unfamiliar things were anathema because not knowing about them made me look not smart. I avoided anything above my cognitive pay grade, and chose the activities that allowed me to shine.

Enter Carol Dweck. She wrote Mindset, a book I find myself recommending in just about every conversation I have. In it, she describes me exactly. I had, as she describes in her book, a fixed mindset. Someone with a fixed mindset believes that intelligence and abilities are fixed; you’re either born with them or you’re not. A growth mindset, however, is one that believes that intelligence is not fixed and that, with enough effort and grit, anyone can be brilliant. The message isn’t new; it’s basically a very detailed version of, “Whether you think you can or you can’t, you’re right.” But what is new, as she explains in her book, is the science and evidence behind that way of thinking.

She compares John McEnroe (fixed mindset) to Michael Jordan (growth mindset). John McEnroe would blame everyone but himself when he lost a match, but Michael Jordan consistently put in the effort to become the best basketball player ever. McEnroe wouldn’t allow himself to be labeled as someone who has something to learn, he considered himself a born tennis great. Jordan, on the other hand, was always learning, always trying to make himself a better player.

Since reading the book, I’ve looked at the world in a completely different way. Instead of looking for opportunities to show off my intelligence, I’m looking for opportunities to grow my intelligence. Instead of gravitating toward subjects with which I’m already familiar, I’m entering into new and unfamiliar domains. I’m learning about sales. I joined an indoor soccer team. I’ve always considered myself rather bad at sales and just plain awful at soccer. I’m no longer embarrassed to say that I don’t know something. Instead, I’m eager to learn about it. I don’t allow failing to result in labeling myself as a failure. Instead, I learn from it.

I value learning. And there’s a lot to learn in the domain of software development. Because it’s hard.

I believe the creators of the Agile Manifesto value learning as well. They just went about expressing it in a different way. Take a look at the first sentence:

“We are uncovering better ways of developing software by doing it and helping others do it.”

Imagine, instead, if this first sentence was written like this:

“We have uncovered the best way to develop software through academic research.”

By doing it and helping others do it. By digging in, failing, and learning – we’re putting our reputations on the line by experimenting with software development approaches in settings where money is at stake.

Learning is everywhere in the Agile mindset. We learn from our customers through rapid and frequent feedback. We learn from each other through regularly scheduled retrospectives. We respond to change because we learn about shifts in the market. We rework and refactor because we learn that there’s a better way to lay down code. To truly be Agile means to be in constant learning mode. To be Agile requires a growth mindset.

Have you noticed that the term “best practice” is hard to find in the Agile canon? That’s because there really are no best practices. We implement, we retrospect, we tweak. With all that tweaking, how could we ever settle on a best practice? If we’re too focused on implementing the best way, we’ll never find the better ways.

I offer an additional Agile value: Learning over Best Practices. While there is value in best practices, we value learning more. I’d like to know where you stand on this. Please drop a comment or hit me up on Twitter at @johnkrewson. Maybe I can learn something from your feedback. 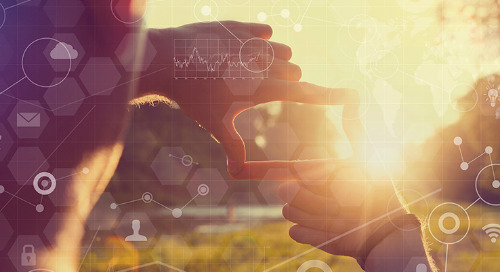 In this part of the series, we’re going to discuss how to incorporate data parsing in your integration. He...

Why Your Organization Struggles with Agile

It’s the basics that are killing your organization’s Agile effectiveness. You used to practice them, but th...